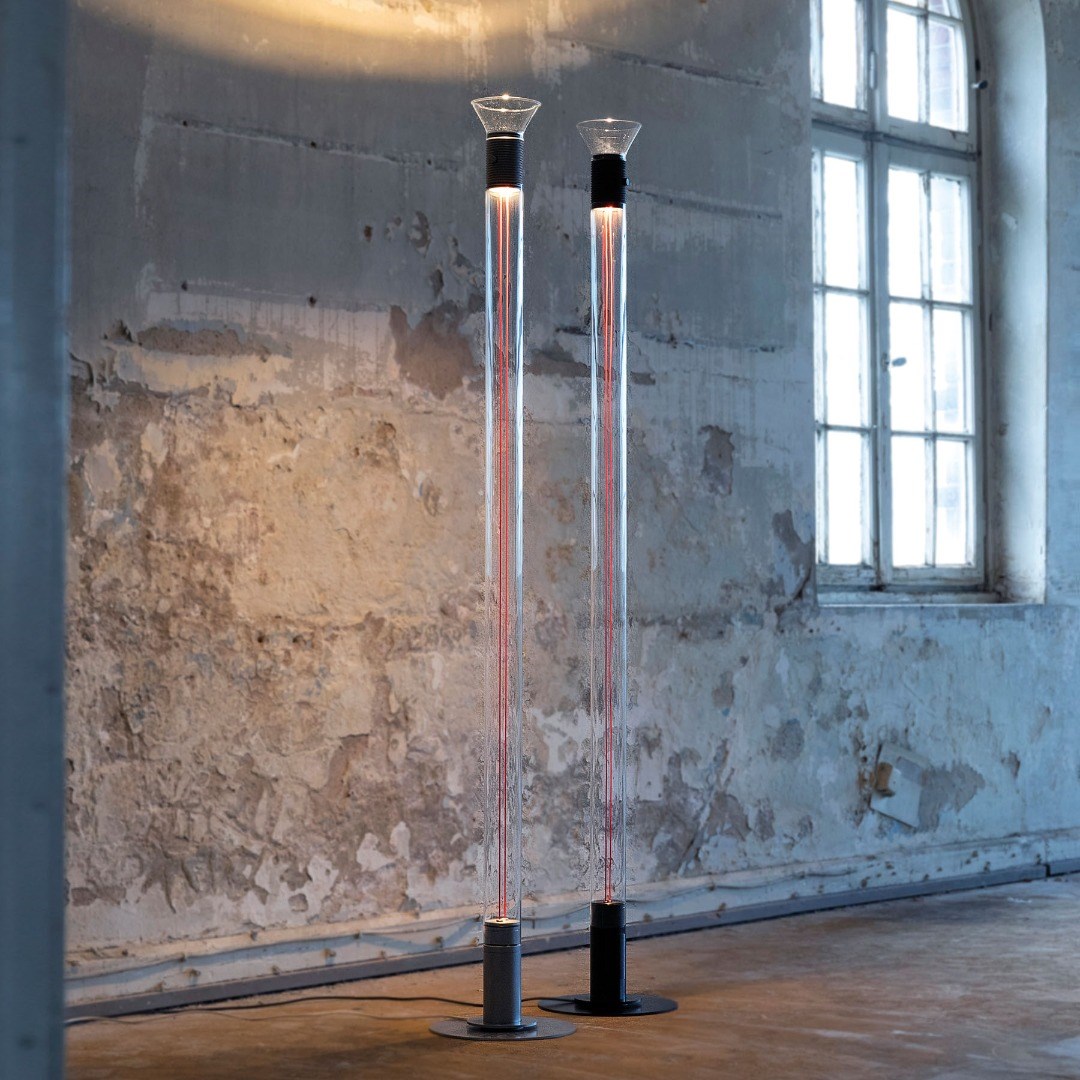 Strong, but light visual presence in the room

Two powerful LEDs can be switched to function as a direct or indirect spotlight, or both.
The lamp body, which appears to float in the air, is connected to the base by two thin, coloured power cables.
In addition to conducting electricity, these cables also support the entire structure and are the key element of the design.
The positioning of the LED light sources was designed in such a way as to avoid glare both when the LEDs are facing downwards and upwards.
Many of DIA's components perform two functions at the same time: the cables conduct electricity and make the structure stable, while the glass tube holds the LED in place, letting the light pass through.
gallery 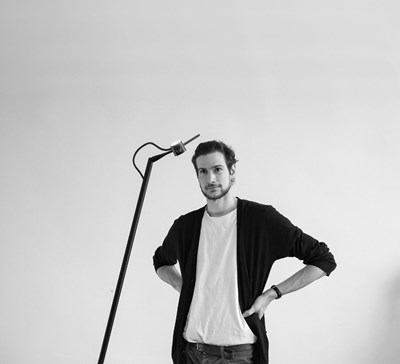 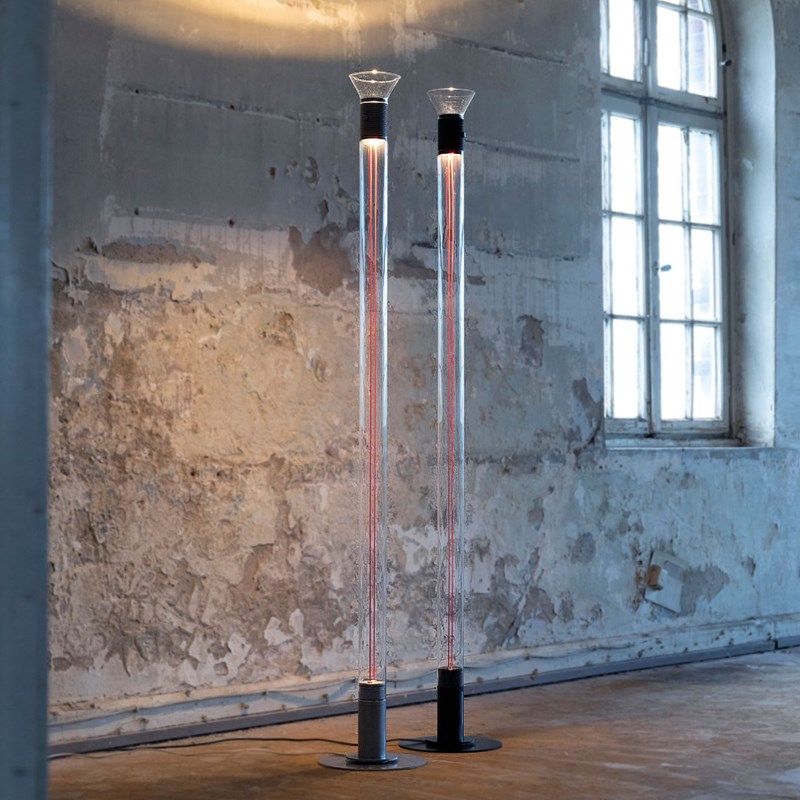