Reading lamp with direct light, made with two resin molded bodies, white or black color. For the 50th anniversary of its production, a new red version of the Cobra lamp is proposed with the designer’s signature. The lower body part turns on a steel made base connected with the upper body part by means of a central joint for a 360° rotation. The interior reflector is made with white painted aluminium.

Designed by Elio Martinelli in 1968, Cobra is one of the first lighting fixtures produced with a special resin molding system. The lamp is characterized by simple lines and a geometric shape inscribed in a sphere, but, with the rotation of the arm, the reflector takes a position that recalls the head of a cobra ready to shoot. 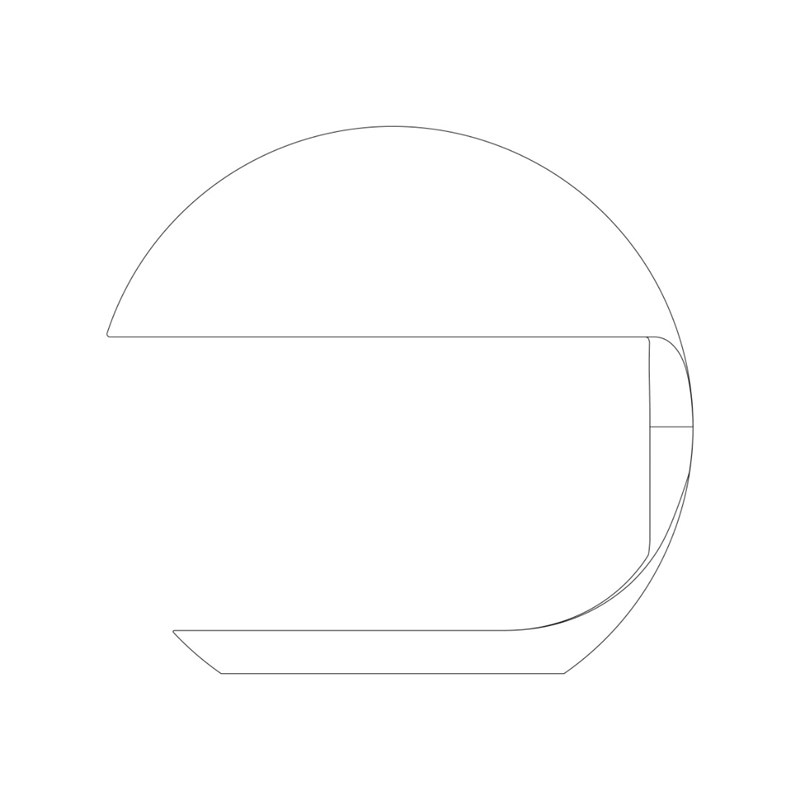